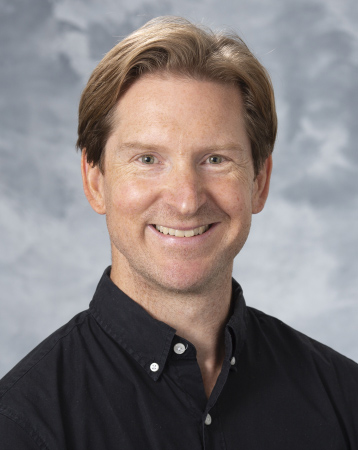 Lucas Richert (RICK-ert) moved to Madison in 2019 and he studies the history of medicine and pharmacy. His interests include intoxicants and pharmaceuticals, psychiatry and mental health, as well as pharmacy practice and design.

He is the author of three monographs and one edited volume. A Prescription for Scandal (Lexington, 2014) narrated the Food and Drug Administration's efforts to regulate pharmaceuticals during the Reagan Era, an era of conservatism, consumer choice, and change. Strange Trips: Science, Culture, and the Regulation of Drugs (MQUP, 2019) examined the line that separates legal and illegal substances, while blending cultural and biomedical factors; Break On Through: Radical Psychiatry and the American Counterculte (The MIT Press, 2019) marked an intervention in histories of psychiatry through an explicit focus on radicalism and its emphasis on social, economic, and political imperatives within mental health. In 2021, Cannabis: Global Histories (The MIT Press) provided a wide-ranging geographical, temporal, and thematic view of cannabis as both intoxicant and therapeutic substance.

Since January 2018, Richert has served as the co-editor in chief of The Social History of Alcohol and Drugs, along with David Herzberg and Nancy Campbell. Richert also acts as the editor in chief of History of Pharmacy and Pharmaceuticals (University of Wisconsin Press). Previously known as Pharmacy in History, the journal was founded in 1959 and it recently formed a partnership with UW Press.

Richert is the Director of Graduate Studies (DGS) for the Health Services Research in Pharmacy (HSRP) program in the UW SoP. The program currently has over twenty full and part time students.

Richert sits on steering committee for the Health and Humanities Certificate, based in the UW English Department.

He is a member of the Holtz Center for Science and Technology Studies.

Richert has studied and worked in Canada, the United Kingdom, and the United States. Between 2006 and 2018, he resided in Saskatoon, Edinburgh, London, and Glasgow, moving slowly from the academic precariat to the professoriate.

In 2019, Richert took up the George Urdang Chair in the History of Pharmacy within the UW-Madison School of Pharmacy.

Richert is housed within the Social and Administrative Sciences Division and teaches within the School of Pharmacy. He is also a proud affiliate faculty member with the University of Wisconsin-Madison's Department of History and the Department of Medical History Bioethics (MHB). And he regularly contributes to HSMT planning and activities.

Richert is willing to supervise or co-supervise students across divisions and departments at this time. He is open to working with history graduate students as well as transdisciplinary students whose interests align with his own.

He currently teaches within the School of Pharmacy but his courses are humanities-based and open to students across campus. His courses help form part of the Psychoactive Pharmaceutical Investigation (PPI) masters curriculum, and he also provides content for the PharmD curriculum.

Richert also periodically contributes to other courses in the SOP.

Break on Through: Radical Psychiatry and the American Counterculture. Cambridge: The MIT Press, 2019.

Conservatism, Consumer Choice, and the Food and Drug Administration during the Reagan Era: A Prescription for Scandal. Lanham, MD: Lexington Books, 2014.

“Psychedelic Pasts – and Presents,” Journal of the History of Medicine and Allied Sciences 76.3 (2021).

(with Natalie Schmitz) “Pharmacists and the Future of Cannabis Medicine,” Journal of the American Pharmacists Association 60.1 (2019): 207-211.