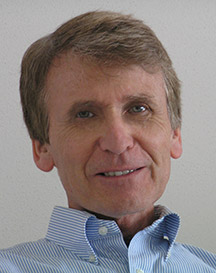 With a BS in Pharmacy and a PhD in Pharmacology from Ohio State and a NIH postdoctoral fellowship in Purdue University’s Laboratory of Neuropsychology, Dr. Tom Rudy came to Wisconsin in 1971.  He was promoted to associate professor in 1976 and full professor in 1982.  He was chair of the Division of Pharmacology/Toxicology from1989 to 1993.  His career at Wisconsin was marked by successes in both the research and educational arenas.

Rudy’s research provided significant contributions to health care.  His work in thermoregulation demonstrated that fevers caused by traumatic brain injury or hemorrhagic stroke (neurogenichyperthermia), previously viewed astherapy resistant unregulated temperature elevations, are in fact true fevers and that they respond to sufficiently high doses ofprostaglandin synthesis inhibitors.  In the area of opioid pharmacology, his lab was the first to demonstrate that morphine has a spinal cord site of action (1976 article in Science cited 573 times) and that pain relief produced by morphine involves asynergistic interplay between morphine actions in the brain and spinal cord (1980 article in JPET cited 258 times). Rudy points to this work with Dr. Tony Yaksh as one of the most enjoyable and productive periods in his research career.  The widely used clinical technique of injecting opioids in the spinal subarachnoid or subdural space to relieve intractable pain is a direct consequence of this work.

On the educational front, Rudy was a student favorite named “Teacher of the Year” six times by the third-year Doctor of Pharmacy classes and three times by students in the BS Pharmacology/Toxicology program. He attributes his rapport with the students to an early decision to try and tell a joke or two during each class.  Although hard to do, this little step was the start of greater interaction with students.  Besides his large teaching load in required courses in the School of Pharmacy and the Pharmacology/Toxicology program, Rudy pioneered the inception and development of the Nonprescription Medications and Substance Abuse Chemical Dependence courses, two of the most popular electives in the School of Pharmacy.