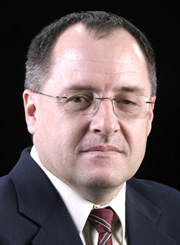 Professional Interests: His research focuses on determining the pharmaceutical science involved in developing an understanding of the pharmaceutics, engineering, and materials sciences principles underlying drug delivery technologies and applying these principles to the design, development, and manufacture of improved drug delivery systems. Especially, developing innovative nano and micro particulate drug delivery systems for treating and preventing communicable and chronic diseases. He is the author or co-author of more than 150 peer reviewed publications and have presented his research either orally or as posters more than 100 times at meetings all over the world.