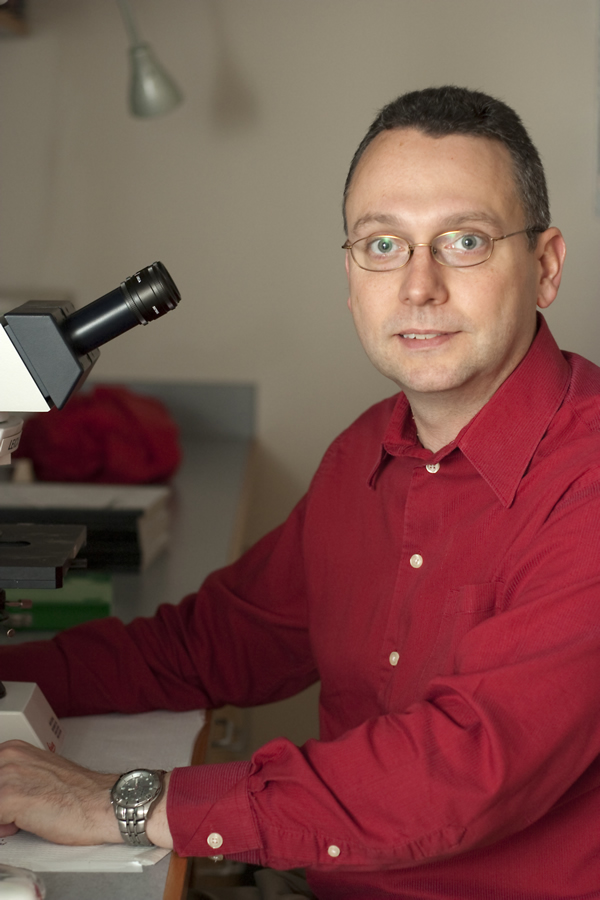 Research in the Marker laboratory is focused on understanding the biology of the prostate gland at the molecular level. Interest in understanding the biology of the prostate is driven both by the fascinating nature of the developmental processes that function during organogenesis of the prostate and by the high incidence in humans of prostatic diseases including prostatic adenocarcinoma and benign prostatic hyperplasia. The Marker lab is particularly interested in the role of intercellular communication between epithelial and mesenchymal/stromal cells during prostatic branching morphogenesis and during the progression of human prostate diseases.

One current project in the lab seeks to investigate the molecular basis of benign prostatic hyperplasia (BPH) and associated lower urinary tract symptoms (LUTS). BPH is a highly prevalent condition in aging men that is frequently associated with LUTS. While the etiology of BPH and LUTS remain largely unclear, available data are consistent with the hypothesis that changing hormone levels in aging men and/or the reactivation of developmental growth-regulatory pathways are underlying causes of BPH and associated LUTS. In support of the potential role of steroid hormones in BPH and LUTS, our studies have shown that male mice treated with testosterone + estradiol (T+E2) at doses that mimic the hormonal milieu in aging human males developed benign enlargement of the prostate that was associated with the appearance of proliferating foci along the urethra that resembled developmental prostatic buds, changes in the morphology of the prostatic peri-urethral region, and a high incidence of urinary retention. The hormone-induced mouse model also exhibited gene expression changes in the prostate that have been reported to occur in human BPH including the up-regulation of Secreted frizzled related protein 1 (Sfrp1). Ongoing studies are investigating the roles of this and other developmental signaling pathways in BPH and LUTS.

Background: Dr. Marker received his BA degree from Grinnell College in 1991 and his PhD in developmental biology from Stanford University in 1998. He conducted postdoctoral research on the molecular basis of prostate development and prostate cancer progression with Gerald Cunha at the University of California San Francisco from 1998-2002. From 2002-2007, he was an Assistant Professor at the University of Minnesota. He moved to the School of Pharmacy in the Fall of 2007.