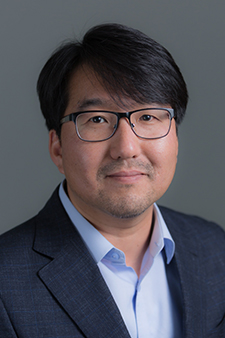 Our research focus lies at the interface of materials science, biology and nanotechnology to develop novel polymeric nanodevices for biological analysis, diagnostics and therapeutics. The ultimate goal of our laboratory is to achieve marriage of biomimetics and nanotechnology. Our work is being conducted in a highly interdisciplinary and collaborative environment that provides opportunities for students with backgrounds and/or interests in chemistry, engineering, biology, medicine and pharmaceutical sciences.

More specifically, we are interested in understanding and controlling biological interactions of polymers with cells at the nano-scale. The fundamental understanding will lead us to more translational cancer research fields including: i) Novel nanocarriers for precisely engineered biological behaviors and improved targeting efficacy, particularly for cancer immunotherapy; and ii) Biomimetic multifunctional devices for effective detection and isolation of circulating rare cells and biomarkers.

Dr. Seungpyo Hong is Milton J. Henrichs Chair in Pharmaceutical Sciences and Professor of Pharmaceutics in the Pharmaceutical Sciences Division, School of Pharmacy at the University of Wisconsin-Madison (UW-Madison). He also serves as Associate Editor for Nanomedicine: Nanotechnology, Biology and Medicine of Elsevier. He graduated from Hanyang University in Seoul, Korea with BS and MS degrees in polymer engineering in 1999 and 2001, respectively. After working as a researcher at Korea Institute of Science and Technology (KIST), he started his PhD study at the University of Michigan working with his advisors Profs. Mark Banaszak Holl and James Baker, Jr. Dr. Hong graduated with his PhD in Macromolecular Science and Engineering in 2006 and joined Massachusetts Institute of Technology (MIT) as a postdoctoral associate in the laboratory of Prof. Robert Langer. From 2008 to 2014, Seungpyo was Assistant Professor in the College of Pharmacy at the University of Illinois at Chicago (UIC) where he was promoted to Associate Professor with tenure in 2014, and subsequently joined the UW-Madison faculty as full Professor in 2016. Since 2008, he has led a research group under the major research theme of “Biomimetic Nanotechnology” for cancer diagnosis and treatment. To date, Prof. Hong’s research has culminated in over 85 peer-reviewed articles that have a combined total number of citations over 14,000 times with an h-index of 37, 7 book chapters, and 18 issued or pending patents, while delivering over 140 invited talks worldwide and over 180 conference proceedings. His academic/research achievements have been recognized by the related scientific communities, resulting in him receiving a number of awards including 2012 AAPS New Investigator Award in Pharmaceutics and Pharmaceutical Technologies and 2012 UIC Researcher of the Year - Rising Star Award.

Selected Publications (out of 88 in total)