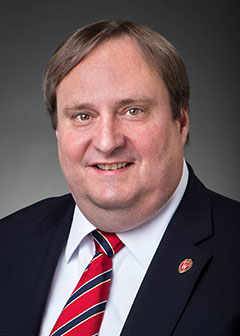 Dr. Swanson earned his doctorate in Pharmacognosy at the University of Illinois at Chicago.  Dr. Swanson’s graduate work focused on the ability of retinoids to modulate carcinogen metabolism and binding to nuclear macromolecules such as DNA.  He studied tumor biology and hormonal modulation of mammary carcinogenesis with Satyabrata Nandi in the Cancer Research Laboratory at the University of California, Berkeley.  For three years, Dr. Swanson served on the faculty of the University of Alabama at Birmingham where he used animal model systems to elucidate the cellular mechanisms by which dietary substances modulate carcinogenesis.  In 1998, he was recruited back to UIC as an assistant professor where his research has focused on two areas: the discovery of anticancer drugs from natural sources and understanding the role of hormones, particularly growth hormone, in cancer.  His research programs have been continuously funded by federal agencies for the past 19 years and he has published over 100 peer-reviewed articles, review articles and book chapters.  Dr. Swanson’s academic leadership positions have included Director of Graduate Studies in Pharmacognosy, Assistant to the Director of the Research Resources Center of the University of Illinois at Chicago, Interim Leader of the Experimental Therapeutics Program of the UIC Cancer Center, Associate Dean for Research and Graduate Education, Visiting Vice Dean and Acting Dean of the College of Pharmacy.  He has also served as a Member of the National Institutes of Health Chemo-Dietary Prevention Study Section and as a Scientific Reviewer for the Department of Defense Congressionally Directed Medical Research Programs in prostate and breast cancer.  Dr. Swanson is a member of the advisory board of Endocrinology and Associate Editor of the Journal of Natural Products.  In July of 2014, Dr. Swanson became the Dean of the School of Pharmacy at the University of Wisconsin-Madison.